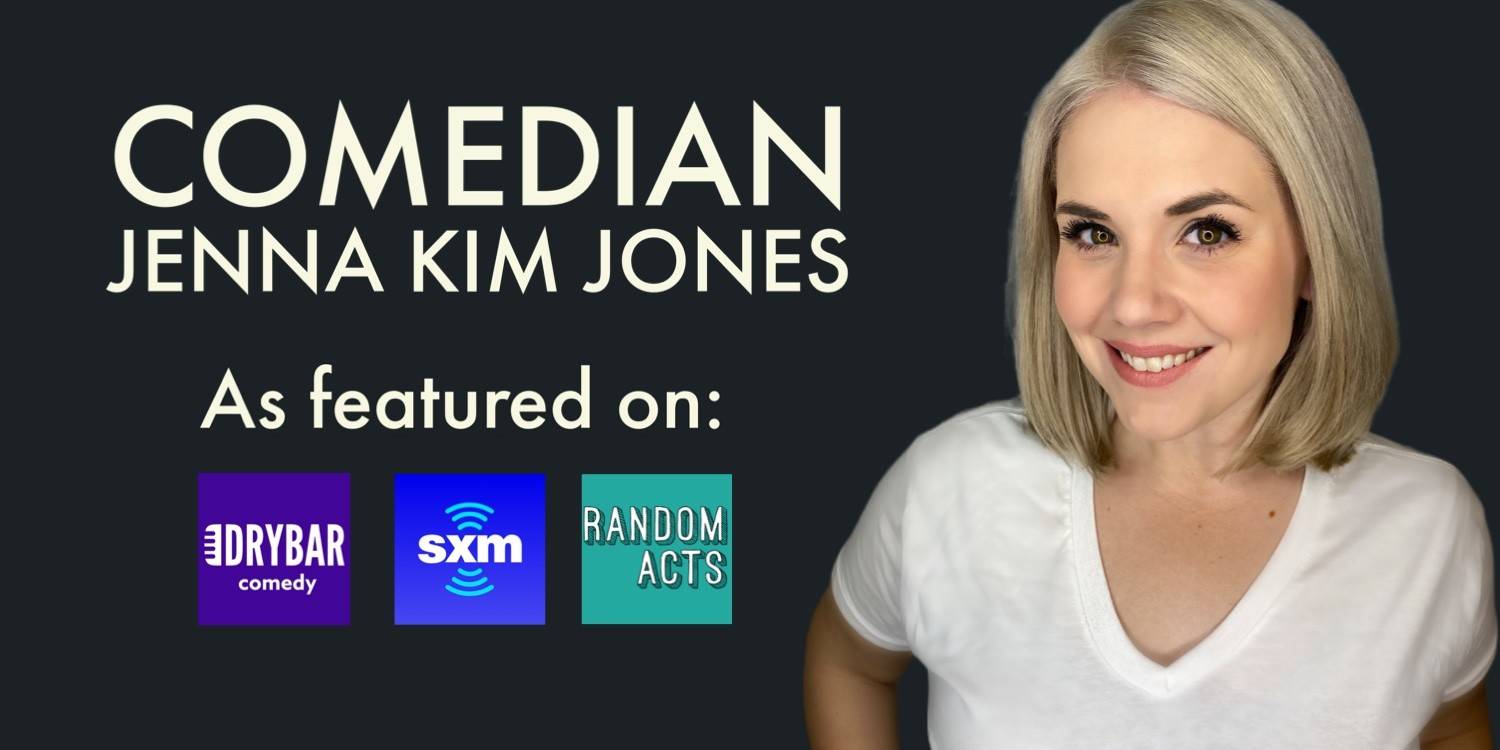 Jenna Kim Jones is a clean, female, stand-up comedian, who’s been bravely telling jokes to audiences (and making most of those people laugh) for over a decade. Jenna started her comedy career while working in television in New York City years ago. She eventually left the glitz and glam of TV to pursue the least glitzy and glamorous form of entertainment, stand-up comedy. In 2016, 2018, and 2020, Jenna was the featured comedian on SiriusXM’s clean comedy channel LaughUSA. She also released a comedy special with Dry Bar Comedy in 2018 called “Jenna Kim Jones: Fun to Hug” which has received millions of views. When Jenna isn’t performing stand-up, raising her children, or eating candy, she is also a co-host on the television series Random Acts. And you better believe she has a podcast called Couple Friends. Subscribe now!

When Jenna was in high school, she couldn’t figure out why Hollywood hadn’t discovered her yet so she took matters into her own hands and signed up for the school talent show. Fortunately for Jenna, there were no auditions and Jenna chose to perform Christina Aguilera’s, “Come On Over Baby.” Jenna sang and danced and the reviews poured in. “Funniest thing I have ever seen. I have never laughed so hard.” And those were just from her teachers!

Bring your friends, husbands, wives, neighbors, aunt, uncles, cousins, co-workers, and literally anyone else you can possibly think of for a night of laughter!

People love Jenna! Just check out some of these very real reviews!

“A PG Amy Schumer” - A publication that absolutely exists

“So you’re like a female Jim Gaffigan!” - Random dude at a recent show

Starting July 1, 2022, a $2 fee will be added to each ticket to support the upkeep of the historic Capitol Theatre. Learn more here