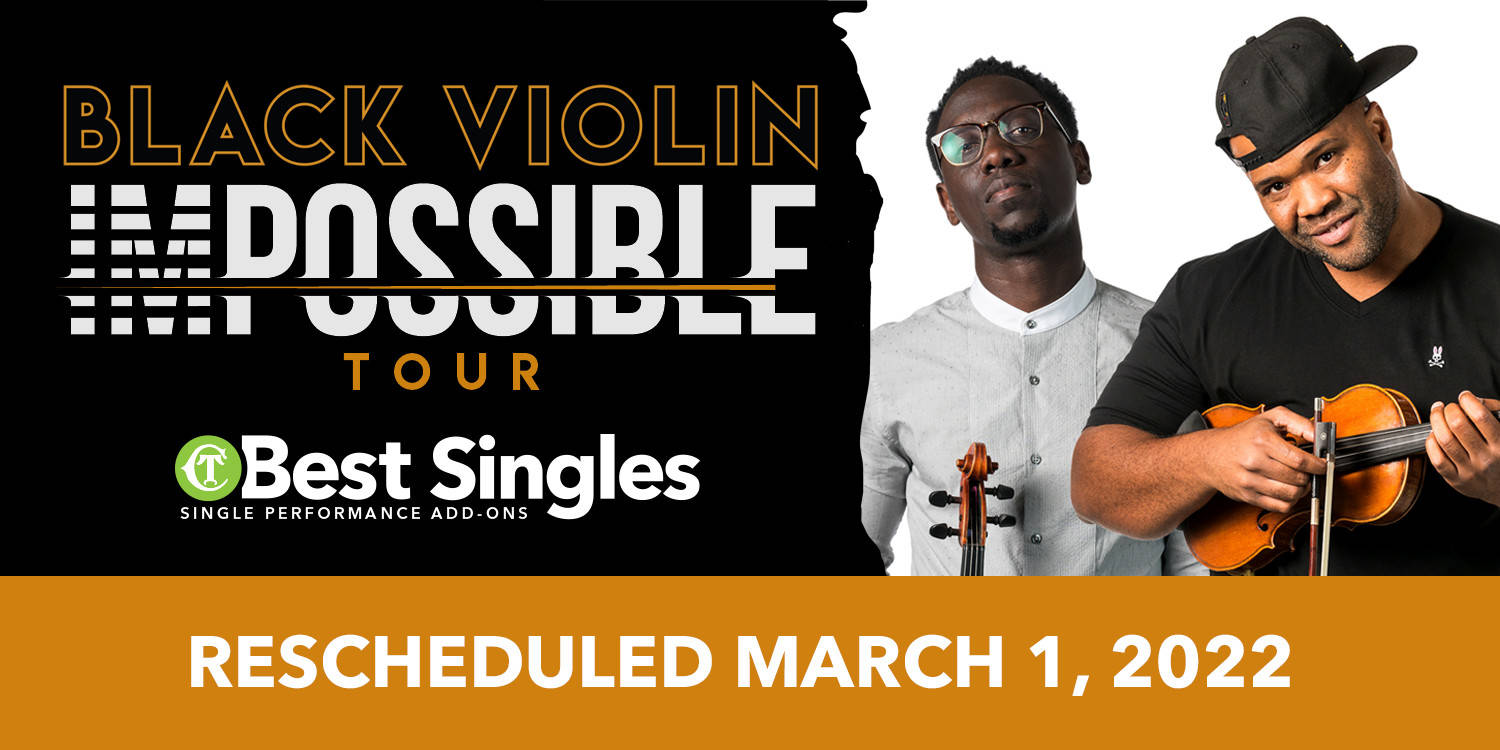 Attention! COVID REQUIREMENTS (Documentation and matching Photo ID required as a condition upon entry to the facility.)

Ticket holders that are unwilling or unable to comply with the above COVID-19 protocols may request a refund or to have the value of the ticket retained as a credit in their patron record. Your request can be emailed prior to the event time to boxoffice@capitoltheatre.org with the ticket confirmation number.

For more information regarding COVID-19 Policy go to: http://capitoltheatre.org/announcement/

An American hip hop duo from Florida is comprised of two classically trained string instrumentalists, Kevin Sylvester and Wilner Baptiste, who go by the names Kev Marcus and Wil B. Kev Marcus plays the violin and Wil B. plays the viola. Mingling hip hop and classical sensibilities is what gives them their distinctive style.

For over a decade, the classical-meets-hip-hop duo has steadily built a devoted following and a diverse touring base— culminating in such triumphs as two sold-out shows at the Kennedy Center with the National Symphony Orchestra commemorating the 50th anniversary of Dr. Martin Luther King Jr.’s death—while occupying a musical lane that’s entirely its own.

Black Violin’s work extends far beyond the stage, reaching deep into urban communities with numerous free performances for students and hands-on engagement with youth symphonies and community centers. Through collaborations with local and national education programs such as TurnAround Arts, Wil and Kev connect with more than 100,000 students throughout the year, mostly at low-income and Title 1 schools, and adopted Bethune Elementary, in Florida’s Broward County (near where they grew up) to initiate an ongoing mentorship program. They describe their unique music as more than just a creative enterprise, but also a movement.

That movement began when the members of Black Violin met on the first day of orchestra class in 1996 at Dillard High School of the Performing Arts. (Baptiste originally wanted to play saxophone in the band, but the orchestra teacher got him assigned to his class by winning a golf bet with the band instructor.) They were classically trained by day but surrounded by the hip-hop music of the time by night. They went to different colleges—Marcus attended Florida International University and Wil B went to Florida State—but then reconvened, moved into an apartment together, and started trying to produce other musicians.

They developed an act covering hip-hop songs on their violins, which became popular in local clubs. Two years after sending in a tape to Showtime at the Apollo, they were invited to appear on the show—which they won and kept winning.
They were approached by the manager of Alicia Keys, who asked them to perform with the singer on the Billboard Awards. Other offers followed—they toured with Mike Shinoda of Linkin Park, opened for the Wu-Tang Clan, composed the music for the groundbreaking Fox series Pitch. Individually and together, Wil and Kev have worked with the likes of Alessia Cara, 2 Chainz, and Lil Wayne. All the while, Black Violin continued touring non-stop (playing as many as 200 shows a year) and released two independent, self-financed albums before putting out the acclaimed Stereotypes in 2016.

Starting July 1, 2019, a $1 fee will be added to each ticket to support the upkeep of the historic Capitol Theatre. Learn more here.