The Capitol Theatre: The 2022-23 Best Series is back with 'Buddy Holly,' 'Fiddler on the Roof' and more 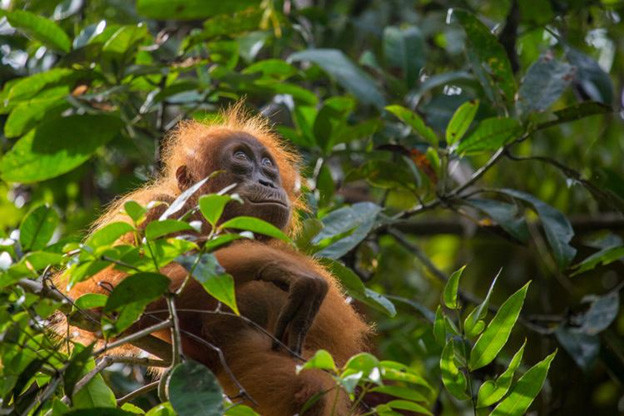 This 7-year old Sumatran orangutan named Louis is part of a long-term study. He is featured in the Netflix series “Our Planet,” which has been reimagined as “Our planet Live in Concert.” It is part of the Capitol Theatre Capitol Best Series.

A new season at The Capitol Theatre represents more than a calendar full of extraordinary performances. After a couple of years of couch surfing and isolation, it’s more clear than ever that live theater is more than well-rehearsed productions with wonderfully talented performers. The Capitol Theatre is a place where we come together as a community to share ovations, shed tears, and laugh loudly and unapologetically while sitting next to friends and strangers.

The 2022-23 Capitol Best Series is a five-event, two-performance subscription series that opens with “Buddy: The Buddy Holly Story,” the world’s most successful rock ‘n’ roll musical. “Buddy” opened in London’s West End in 1989 and has been seen by more than 22 million people in over 23,000 performances worldwide. Featuring two terrific hours of some of the greatest songs ever written, including “That’ll Be the Day,” “Chantilly Lace,” “La Bamba” and “Johnny B Goode,” this show is just Peggy Sue-perb!

The season’s second event is another tribute to unforgettable music and its makers. “The Simon & Garfunkel Story” is a critically acclaimed concert-style theater show about two young boys from Queens who went on to become the world’s most successful music duo of all time. Using state-of-the-art video projection, incredible lighting and a full, live band, this moving and powerful evening features all the hits, including “Mrs. Robinson,” “Bridge Over Troubled Water,” “Homeward Bound” and “The Sound of Silence.” It’s a show not to be missed.

The Acting Company brings us two productions, Shakespeare’s “Romeo & Juliet” and “The Three Musketeers,” based on the novel by Alexandre Dumas. Founded by John Houseman and Margot Hartley in 1972, The Acting Company is the only professional theater principally dedicated to the development of young classical actors while bringing high-quality professional theater to hundreds of communities from coast to coast. The company has launched the careers of some 400 actors, including Kevin Kline, Jeffrey Wright and Patti Lupone.

Tony-winning director Bartlett Sher brings his fresh take on a beloved masterpiece to life as “Fiddler on the Roof” visits cities across North America, including Yakima. A wonderful cast and a lavish orchestra tell this heartwarming story of fathers and daughters, husbands and wives, and the timeless traditions that define faith and family. This production raises its cup to joy! To love! To life!

Lastly, inspired by the classic story by Lewis Carroll and reimagined by the creative genius of Moses Pendleton, “Alice” is the newest production by Momix. Transporting audiences from their everyday lives to a fantasy world through its trademark use of magical lighting and imagery, the dance illusionists of Momix have thrilled fans worldwide and been featured on stage, screen and television. In an endless search for another gravity, artistic director Moses Pendleton combines athletic dance, riveting music, outrageous costumes, inventive props and pure talent to create an entertaining multimedia trip down the rabbit hole that will surprise, enchant and astonish.

The Capitol Best Series showcases artists that have toured the world, but the Capitol doesn’t stop there. There are also one-night-only additions called Best Extras featuring international artists touring the U.S.:

With a soon-to-be-named holiday show to round out the collection, you will see that the Best Extras are actually essential components of your cultural calendar for the 2022-23 season.

Subscribers can expect renewal announcements this month, and new subscribers are always welcome. The arts are meant to be shared, so don’t be stingy. Spread the word.